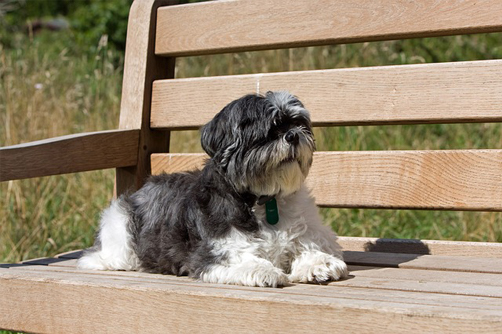 Did you know that there are Shih Tzu historians? Yep, Historians dedicated to studying the Shih Tzu’s history. However, if you were to ask any of them where the Shih Tzu originated, you’ll probably get different answers. Not too many experts believe that this dog came from China, Tibet, or the Mediterranean.

Many of the experts agree on one thing: the dog we know today probably came from Tibet. But for how long they were there and how much influence they had on the Shih Tzu we know today will never be known.

Many believe that Tibetan dogs, which were given to Chinese royalty as gifts, may have been bred with Chinese dogs, the Pekingese, and Pug, which led to the creation of the Shih Tzu.

However, others believe that the Shih Tzu’s history originated from Tibet and is not a descendant of the Pekingese.

In my opinion, not to disagree with the historians (historians tend to have firm opinions!) But I believe that the Shih Tzu ancestors probably came from Tibet, but the dog we know today was probably created in China.

Shih Tzu’s History: They Are Known As Lion Dogs

Did you know that Shih Tzu means lion? In China, before they were communist, the lion was a symbol representing Buddhism. The Tibetans bred dogs to resemble little lions, which they kept in the temples and were considered holy.

The lion dog was mainly a dog given to royalty in China. However, royal breeding programs did not stop breeding for the resemblance of the lion.

Other Asian breeds from Buddhist countries that share the same resemblance to lion dogs are the Tibetan Spaniel, the Lhasa Apso, the Pekingese, and the Japanese Chin.

These dogs have certain traits in common such as long flowing coats, big dark eyes, a stocky built and sturdy bone structure, and flat faces. This makes you think of a little miniature lion. However, true fans of the Shih Tzu tend to believe that it is the only lion dog.

The Shih Tzu’s History And Influence In China

Long ago, before there were dog shows, different breeds did not have names or breed standards. According to unknown goals, breeders bred dogs, which means that the Shih Tzu type did not come around for many centuries. Dogs that were small with long coats were fashionable in those times.

The look and style of these small lion dogs changed every time a new Emperor came to power. Once in a while, the tiny dogs known as sleeve dogs were fashionable. And other times, the larger shaggier dogs were in style.

They were also bred to have distinct markings during certain times. The black Shih Tzu was the most sought after, and in some years, the white was more in demand.

Although no one knows for sure when the Shih Tzu became a Shih Tzu, you can be certain that your Shih Tzu has the blood of Chinese dogs somewhere in their bloodlines.