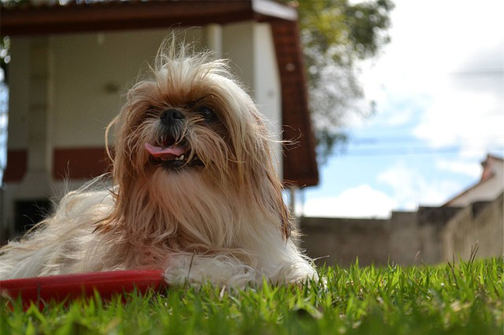 The Dowager Empress T’zu Hsi, who ruled China from the mid-19th century until she died in 1908, has done more to advance the modern Shih Tzu quest more wholeheartedly than anyone else.

Many call her the Shih Tzu grandmother because she was the first to breed the dog with meticulousness and persistence.

Although they may have been others before her, she was the first on record. She possessed enormous kennels of Pugs, Pekingese, and Shih Tzus. This advanced and paved the way for these three Chinese breeds.

The Dowager Empress was not known for magnanimity. In fact, she was a ruthless dictator that ruled with an iron fist.

However, she did love her dogs. Therefore, her palace eunuchs bent over backward to keep her happy. In the process, they made great advances in developing the modern Shih Tzu.

Unfortunately, after the empress died, the kennels died off with her. Her massive kennels were raided, and dogs were sold or given away as gifts.

During the next few decades, dog lovers in China bred the lion dogs, showed them in dog shows in which they went under various names, and exported some to the Western world.

This is the start of the modern Shih Tzu migration to the rest of the world. The Shih Tzu is a very fortunate breed to be around today because shortly after the empresses’ death, communism came to China.

During this time, the Shih Tzu breeding was abolished, which caused the lion dog to become extinct in its native land.