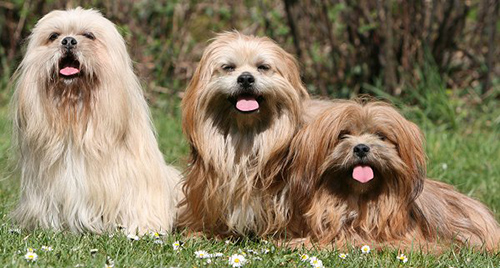 Choosing between the Lhasa Apso vs Shih Tzu is a tough decision to make. However, in my honest opinion, you can’t go wrong with either. At a glance, the Lhasa Apso and the Shih Tzu look so similar that they can pass for twins.

They are both believed to have originated in Tibet, China. They are companion dogs that the Chinese refer to as “lion dogs.” Both breeds have a variety of coat colors such as brown, black and white combinations, to name a few.

They have long hair that requires extensive grooming. Also, the AKC recognizes both breeds. These cute dogs have very subtle yet vast differences in their personalities and looks that can tell them apart from each other.

The Lhasa Apso is a proficient guard dog that earned the nickname “bark lion sentinel dogs” in the monasteries of Tibet.

They have a height of 10-11 inches at the shoulders, and its length from the shoulder to the base of the tail would be slightly longer than their size. Its muzzle is long and positioned low on its face, and its skull is narrow.

Its head is flatter than that of a Shih Tzus yet still rounded. They have a long and straight coat that parts from the middle and hangs down.

Their hair is rougher than a Shih Tzu’s hair and coat and can be a bit harder to tie up on a ponytail. The Lhasa Apso’s temperament is a confident breed that could be aloof and wary of strangers.

This dog is smart, for when they see their owner welcoming newcomers, they’ll do the same as well. These dogs are independent, have a bold and strong personality, and could be mischievous. They’re also alert, lively, spirited, and playful dogs, devoted to their master.

Dog breeds such as the Lhasa Apso and the Pekingese are both descendants of the Shih Tzu.

They were mostly pets and companions to members of the Ming Dynasty.

British soldiers discovered them during WWII and brought them back to England. Their life span is around 10-16 years. The Shih Tzu’s ideal weight is 9-16 pounds and a height of about 9-10.5 inches.

Experts consider the Shih Tzu smaller than the Lhasa Apso, but they could be about the same size. Its muzzle is set high on its face and is relatively short. It does not measure longer than 1 inch from the tip to the base.

They have a broad, round, and domed skull. Shih Tzus have a soft, long, dense coat that has slight waves that most owners like to tie up on top of their heads.

The Shih Tzu’s temperament is outgoing, alert, lively, happy, and playful. They’re sweet, gentle, and affectionate. They are also trusting to anyone, and it will be a great pleasure to have as a companion.

They are obedient and much more trainable than the Lhasa Apso; however, they could be more susceptible to eye problems.

I hope that after reading this article, you have a better understanding of the differences between the Shih Tzu and the Lhasa Apso.

They’re both adorable, loving, and caring companions that will bring you and your family years of enjoyment. Therefore, when it comes to the Lhasa Apso vs Shih Tzu, you cannot go wrong with either breed. 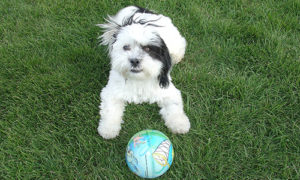 How Smart Is a Shih Tzu? 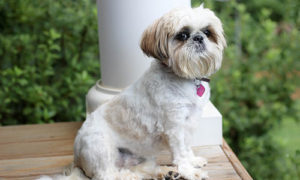 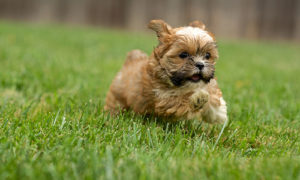 Shih Tzu Yorkie Mix: Loves Being Close to People and Gentle By Nature 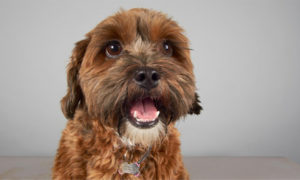 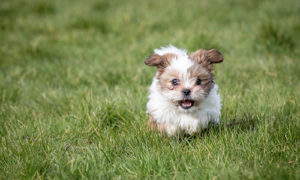 Shih Tzu dog: What you need to know About This Royal Breed