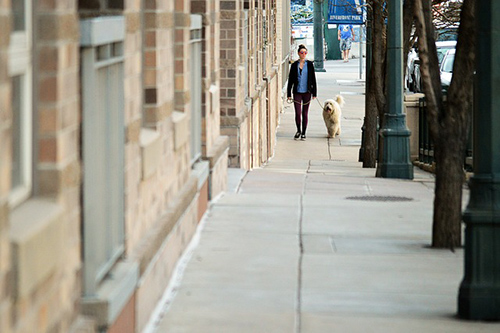 House training dogs and puppies have changed a lot in the last few decades. For many years house training was carried out by the process of elimination, in my opinion. In the past, if a puppy made a mess, the owner would drag that puppy over and proceed to shove their nose in it, followed by a bit of a swat on the backside. Eventually, the puppy would learn not to use the bathroom, where it got punished.

Past methods of training were not very kind. Today, house training dogs is much less messy, faster, and more thoughtful. The shift in tactics can be credited to the move to training by positive reinforcement and the widespread use of crates. These days so many things are different that the terminology has evolved.

For instance, the term “house-breaking” is no longer used. That term is now replaced with training which is more of a positive word. Therefore, this article is about house-training dogs and puppies and not house-breaking.

Today, using a crate to house train dogs and puppies has become the norm amongst knowledgeable trainers and breeders. Crate training gives you the ability to shape your dog’s bathroom behavior by restricting her choices to three scenarios. While training, she’s either:

Some people might think that keeping a dog cooped up in a crate is cruel. However, I assure you dogs love the idea of having a den, which is a location that they can call their own that they consider a safe place. Their ancestors raised their young in burrows. Domesticated dogs are no different; they still instinctively prefer locations that remind them of dens. Dogs with no crate will always seek out a nice cave like that spot behind the sofa.

Unless you can talk to your dog, you will never know if they like or hate crates. I have two crates set up permanently in the family room in my household. The largest one is set up under my chair and serves as a footrest. The door is always ajar, and my dogs can come and go as they please. I guarantee that most dog owners would tell you that their canine companions love their crates.

When using a crate for house training, there are other instincts involved. For instance, a den would not be so appealing if its inhabitants used it as a bathroom. Dogs are instinctively predisposed to keep their sleeping area as clean as possible. Puppies learn this lesson from their mothers because she eats their poops to keep the living quarters clean, and when they get older, they know to go outside of the den to take care of business. If your puppy can help it, she will try to avoid messing up her living quarters.

The entire basis of house training is to utilize a crate to take advantage of the dog’s desire to keep its den clean. The use of the crate teaches the puppy to hold it until you can take her to a place where you want her to relieve herself. Once you get her to the designated area, you can incorporate a command word for relieving herself, followed by praise for obeying. And there you have it. Positive reinforcement equals fewer messes.

People that live in apartments will benefit the most from teaching a dog to go on command. If you can somehow work with your canine companion to alert you when it’s time to go, you will spend less time outside waiting for her to take care of business. Your pet will know what’s expected and comply. Dog’s that can eliminate on command is more accessible to walk and travel with because you know when she is ready; therefore, you can take her to a designated area to relieve herself and then clean up and go on your way. My command word for my dog is “go bathroom?” But you can use whatever command you don’t mind using in public places.

I assure you that house training dogs are more effortless, neater, and faster when incorporating a crate. However, if you don’t want to use one for anything else, at least get one for the first few weeks you bring your puppy home. Most likely, you would recover the cost in things your puppy does not damage but would have destroyed without the crate.

A puppy naturally wants to relieve itself from where it sleeps and eats. However, some are brought up in conditions that make it impossible. Unfortunately, puppies who cannot avoid standing in their filth can get used to the sensation, making it extremely difficult to house train them. If this is the case, you might be better off calling in a professional trainer or behaviorist to assist you with this daunting task.

What to Feed your Dog When House Training

Whatever food you feed your dog in the end, make sure they only eat high-quality kibble when house training and nothing else. Avoid canned foods because of their high water content. These foods are not digested efficiently; therefore, they do not produce neat, small stools that are easier for a puppy to hold as she learns to go on command. Also, it is much easier to clean up neat stools.

Do not change food or give your dog table scraps while training, which can cause diarrhea guaranteeing a training setback and unwelcomed messes. Also, before your start training, make sure that your puppy is free of intestinal parasites. A puppy with worms will not be able to control its bowels. 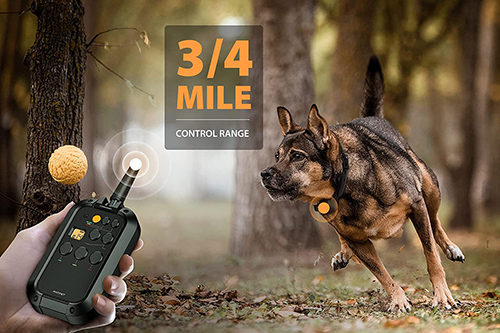 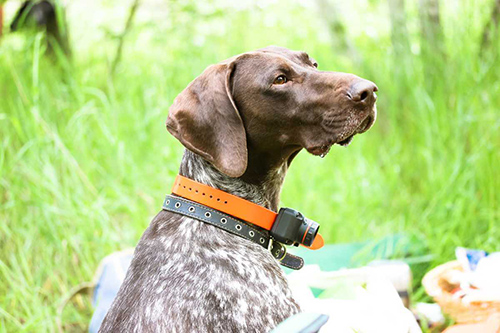 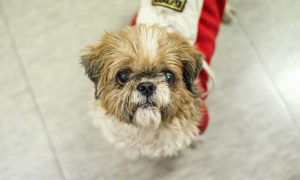 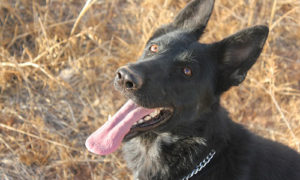 How To Teach A Puppy to Sit 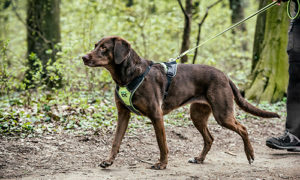 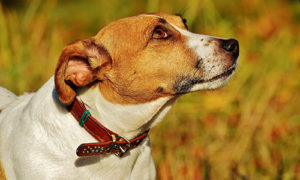 Collar, Harness, or Leash: Which is Best? 3 Important Questions Answered