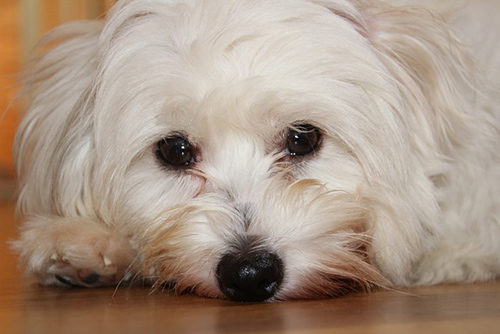 We pronounce the Coton de Tulear (co-TAWN day-too-LEE-are), and it means Cotton of Tulear in French. Cotton is referring to its white coat and Tulear coming from the seaport at the tip of Madagascar’s island.

The Coton de Tulear shares lineage with the Bichon Frise, Maltese, and Bolognese. They were initially bred to be ratters and companions on sea trading ships. Unfortunately, one of these trading ships sunk off Tulear’s coast; thankfully, some dogs survived and made it to shore, where they became feral and mixed with native dogs.

Later, when Madagascar gained its freedom during the mid-1900s, tourism increased, and visitors took Cotons back to their homelands. In fact, the Coton made its way to America in 1974, which increased demand, therefore, exhausting native stocks. As a result, Madagascar began to limit the number of Coton de Tulear exported.

There is a difference of opinion about the proper breed between the prominent breed clubs (and even claims of tainted breeding), further fueled by disagreements over pursuing AKC recognition. Against the wishes of many breeders, the AKC acknowledged the Coton de Tulear as a Non-Sporting Group member as recent as 2014.

Temperament: The Coton de Tulear is a playful, merry, energetic companion, eager to amuse and please. It is a very affectionate breed that loves to give and receive love. They’re awesome with children, other dogs, strangers, and other pets. They’re also easy to train. The Coton makes for an awesome apartment dog thanks to how calm it is inside; they’re not big barkers. They can produce a variety of different vocalizations. Do not expect this dog to be a guard dog, and they’re utterly hopeless as protection dogs.

Upkeep: The Coton de Tulear loves to romp indoors and they can achieve most of their exercise requirements with lively games inside or in the yard. However, moderate walks are good for mental stimulation. Though this breed is not a big shedder, taking care of the coat is one of the biggest challenges because it tangles and mats easily. To prevent tangles and mats, we recommend you brush your dog with a pin brush daily. Whenever they’re on one of their outside romps, check for twigs or leaves in their coats and remove immediately before they cause tangles. We also suggest a weekly bath.

The Coton de Tulear is a strong, hardy, but small dog. Though they’re mainly bred for companionship, there was a time when they had to fend for themselves. Its trademarks are its cheerful personality and copious, white, cottony coat. The roughly four-inch coat has the consistency of soft cotton. It is thick and profuse and stands off the body. It’s believed that the coat’s texture allows air to circulate within it, which insulates the dog from heat and cold.

The Coton de Tulear’s white coloration is another breed trademark. But, puppies may be born with spots, generally around the head and ears, which diminishes with age.