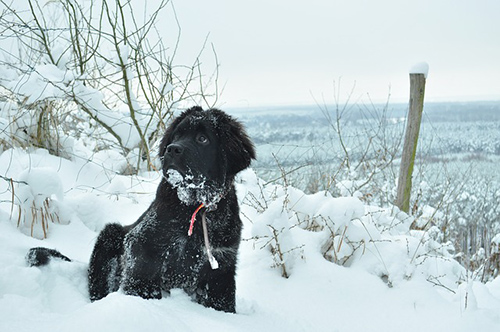 The Great Pyrenees dog was already present in the first permanent colony at Roougnoust in 1662. It wasn’t too long before they crossed these dogs with English Retrievers belonging to English settlers. They may have also introduced husky blood. Fortunately, what came out of the mixture was a huge dog that loves the cold and water. They come in solid black or black and white coloration.

The black and white coloration on this breed went by the Landseer Newfoundland and was identified in 1779. Its name precedes it only by a few years, named after an individual dog called Newfoundland. This dog separated itself from other breeds as an all-purpose water dog, carrying heavy fishing nets through the cold water and saving people from drowning.

The Newfoundland also served as a draft dog and pack animal. When Europeans first laid eyes on this dog, they were so impressed they returned to Europe with many specimens and shortly thereafter got their start in the show ring.

Because of laws that limited the export of this breed from Newfoundland and laws limiting ownership to one dog, their numbers dropped in its place of origin. As a result, the breed’s stronghold switched to England. Also, American lovers of the breed turned to replenish their stock with English dogs.

After World War II, things reversed, and the American Newfoundland revived the devastated English stock. Thankfully, the breed is now flourishing in both countries. The Newfoundland is one of the most popular giant breeds of dogs.

The solid black version of the breed is the most popular. However, the black and white version is also popular and known as the Landseer Newfoundland. They named it after the well-known artist who first depicted them.

Temperament: The Newfoundland’s most important characteristic is its sweetness of temperament. This breed is calm, patient, easygoing, gentle, and amiable. They’re friendly to all; however, they will protect their family if they have to.

Upkeep: This giant and tolerant dog need daily exercise to stay in shape. We recommend a moderate walk or short romp daily. They love to swim and haul, especially in cold weather. According to some breeders, the Landseer is a little more active than the solids.

The Newfoundland does not cope well in hot weather. Their coat will need combing twice a week and obviously more when shedding. Keep in mind that these dogs are notorious for drooling, and they’re also messy drinkers.

Color: The Newfoundland comes in a variety of colors including solid black, brown, or gray, may have white on chin, chest, toes, and tail tip; or white base color with black markings (Landseer)

Newfoundland’s are giant, heavy-boned, and powerful dogs; they’re strong enough to haul a drowning victim from the roughest of seas and daunting enough to make for a capable guard dog.

It is slightly longer than it is tall. Its walk gives the appearance of unforced authority, with good reach and drive. It possesses a double coat that comprises a soft, thick undercoat and a bristly, ascetically long and straight outer coat. Its soft expression reflects its compassionate and dignified temperament. 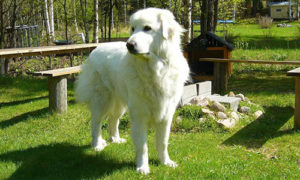 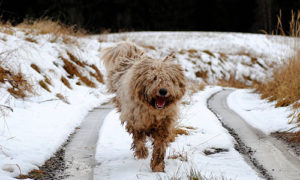 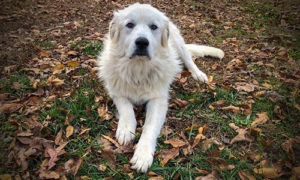 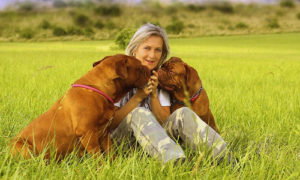 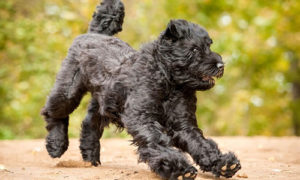 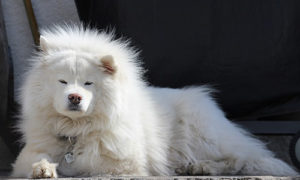