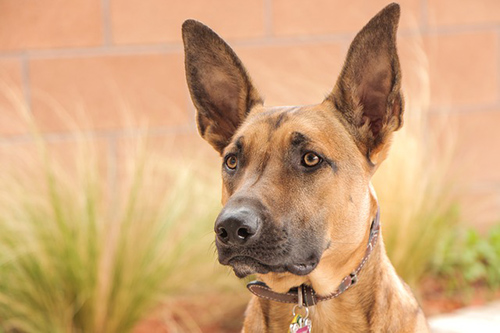 The Belgian Malinois is one of the Belgian sheepherding breeds, collectively known as Chiens de Berger Belge, and shared their early history as general-purpose shepherds and guard dogs of Belgium. Like working dogs, they were bred for capability other than looks, and unfortunately, no careful records were kept. However, when dog shows gained popularity in the 1800s, it was not clear if Belgium had any distinguishable breeds to promote their national pride.

Professor Reul was given the task of studying native dogs to see if they could be sorted and put into distinct breeds in 1891. He located a group of similar dogs that differed only in color and type and classified them as Belgian Shepherds. The Short-haired variety was developed around Malines and became known as the Belgian Malinois.

The dogs are still the most famous Belgian Shepherd breed in their native land but have not done well in the United States. Although, the Belgian Malinois did enjoy some popularity between 1911 and World War II. Unfortunately, registration declined sharply after the war, and it was a rarity to see a Belgian Malinois enter in competition.

In 1959, when the breeds were separated, registration of the dogs began to increase once again, though they still lagged behind other Belgian breeds. Today, the Malinois is starting to gain in popularity again because it is more widely used as a police dog, even surpassing the well-known German Shepherd. Although the Malinois is not in many show rings or homes, it is carving its niche in keeping the peace all over the world.

The Belgian Malinois is a well-balanced, sturdy, agile dog that is always ready for action. The dogs are moderately heavy-boned, stand squarely on their feet, and carry themselves proudly. The topline is level, and it has a deep chest, with a graceful, smooth curve from chest to abdomen. The firm, clean-cut head, triangular, erect ears, and dark, almond-shaped eyes reveal the breed’s thoughtfulness and intelligence.

Activity level: High. The Malinois is an agile dog that loves doing things with its owners, such as hiking, interactive play, and jogging. This breed’s exercise needs cannot be met with casual walks in the park. It needs running or vigorous play sessions.

Grooming: The dog’s coat requires daily brushing during seasonal shedding in the spring and fall. A weekly brushing will also control shedding at different times.

The Malinois has an intense working drive. This brilliant breed loves mental challenges like advanced obedience and training along with regular physical activity. Devoted, loyal, and courageous, these dogs form a strong bond with their owners, and they make excellent watchdogs. Be careful because they can become a little too protective and territorial without continuous socialization. The dog’s personality can range from bold to aloof. This breed needs a confident owner that is mindful of their sensitive disposition.

The best way to portray this dog is intense. It is a breed with massive amounts of energy. It is intelligent, alert, and serious, making for an excellent watch and guard dog. The Malinois is aloof when it comes to strangers but is aggressive toward other dogs and animals. If enclosed, the dog tends to run around in circles to stay moving.

This breed is not a dog for beginner owners. Potential owners should prepare themselves for the dog’s intense temperament. The Belgian Malinois requires continuous socialization, training, and regular interaction with their families. You can find lots of material and resources about the dog by visiting the parent club’s website. There you will find info on potential breeders with a puppy for sale.